I am a theoretical physicist based at the University of Oxford (UK), working on the foundations of quantum and gravitational physics. I received my Doctorate from Boston University (USA) in the Foundations of Quantum Theory in 1991 under the renowned philosopher and physicist Prof. Abner Shimony (who wrote his doctoral thesis in physics under the Nobel Laureate Eugene Wigner). The second reader of my thesis was Prof. John Stachel (who was the pioneering editor of the Einstein Papers Project). After completing my Ph.D. I received a prestigious Junior Research Fellowship from the Wolfson College of the University of Oxford, where I remained affiliated both with the College and a number of Departments of the University until 2014 while working on some research ideas inspired by Sir Roger Penrose. Since then I have been the Scientific Director of the Einstein Centre for Local-Realistic Physics in Oxford. In the past, I have also been an invited member of the Foundational Questions Institute (FQXi), as well as a Long Term Visiting Professor at the prestigious Perimeter Institute for Theoretical Physics in Canada. My contributions to the foundations of quantum and gravitational physics include the quantization of Newton-Cartan theory of gravity, a generalization of Einstein’s Special Theory of Relativity to incorporate the objective passage of time, and elimination of non-locality from the foundations of quantum physics. Among the intellectuals I admire are Giordano Bruno, Baruch Spinoza, and Johannes Kepler. Further information about my academic background and publications can be found on my LinkedIn page, ORCID page, Amazon Author page, and Academia.edu page.

My Einstein number is 4 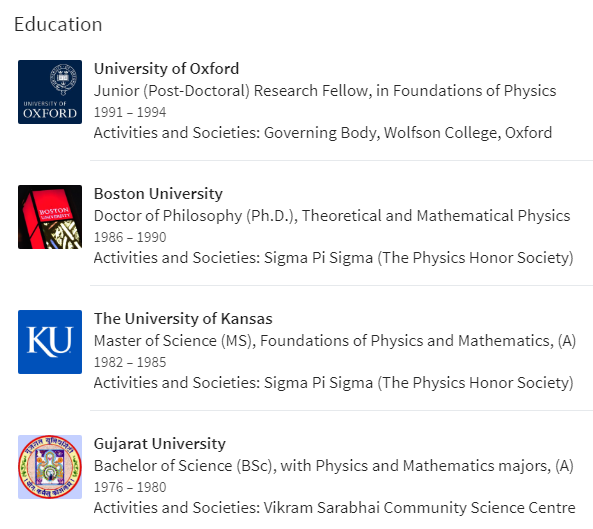 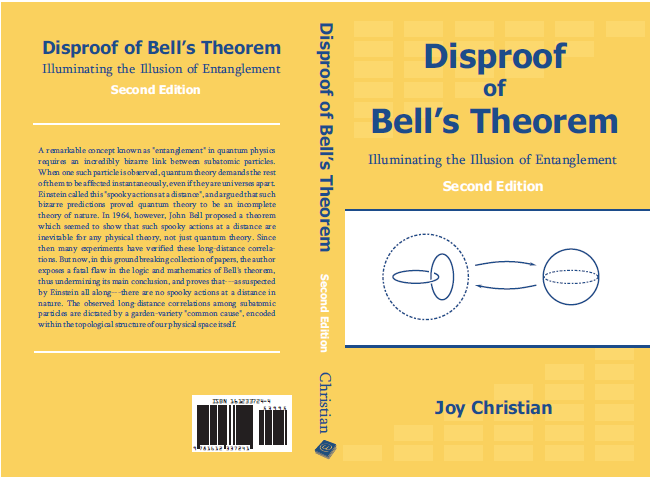 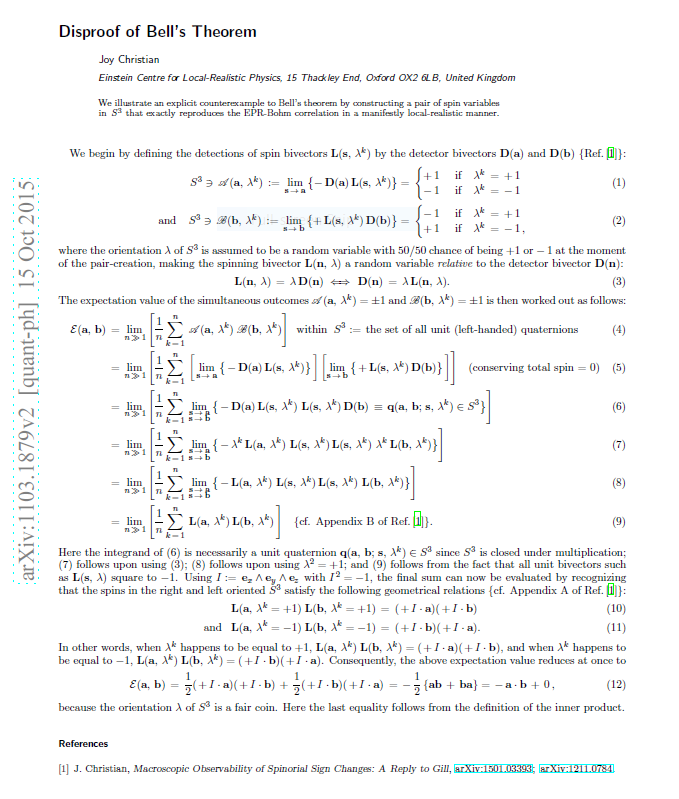